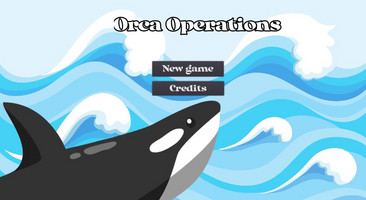 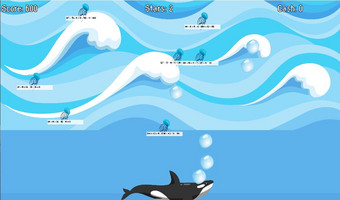 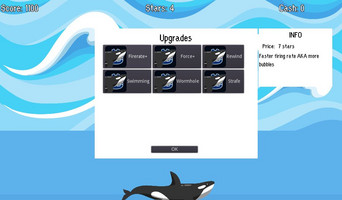 Orca Operations is alive.  This game is heavily inspired to the old flash game and recently released on Steam Frog Fractions. This project was created for Brackeys Jam 2020.2.  **SPOILERS BELOW**

My buddy LowFiendhelped spice the game up with some fresh tunes. Check out his soundcloud and show him some support!

This is not the first gamejam I've used Godot for. I find the work flow for the Godot engine super effective at implementing systems. Once I got a hang of tags and signals in the engine I can get really creative at adding content to my projects. Godot is super quick and effective when it comes to publishing HTML5 games, perfect for the average player on itch. 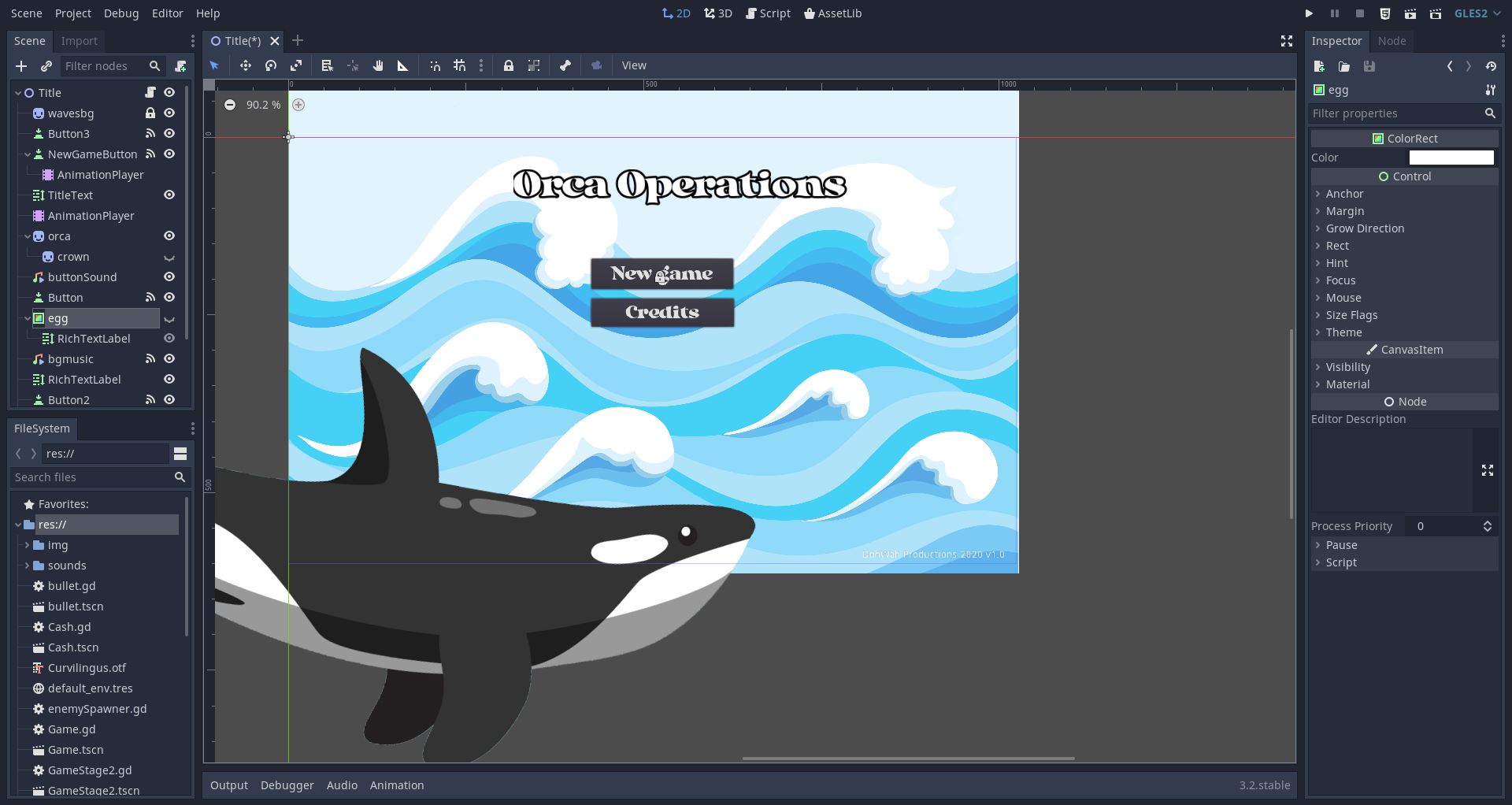 I did not spend too much time on the title screen. It is a simple motion tween, credits, and a small egg. 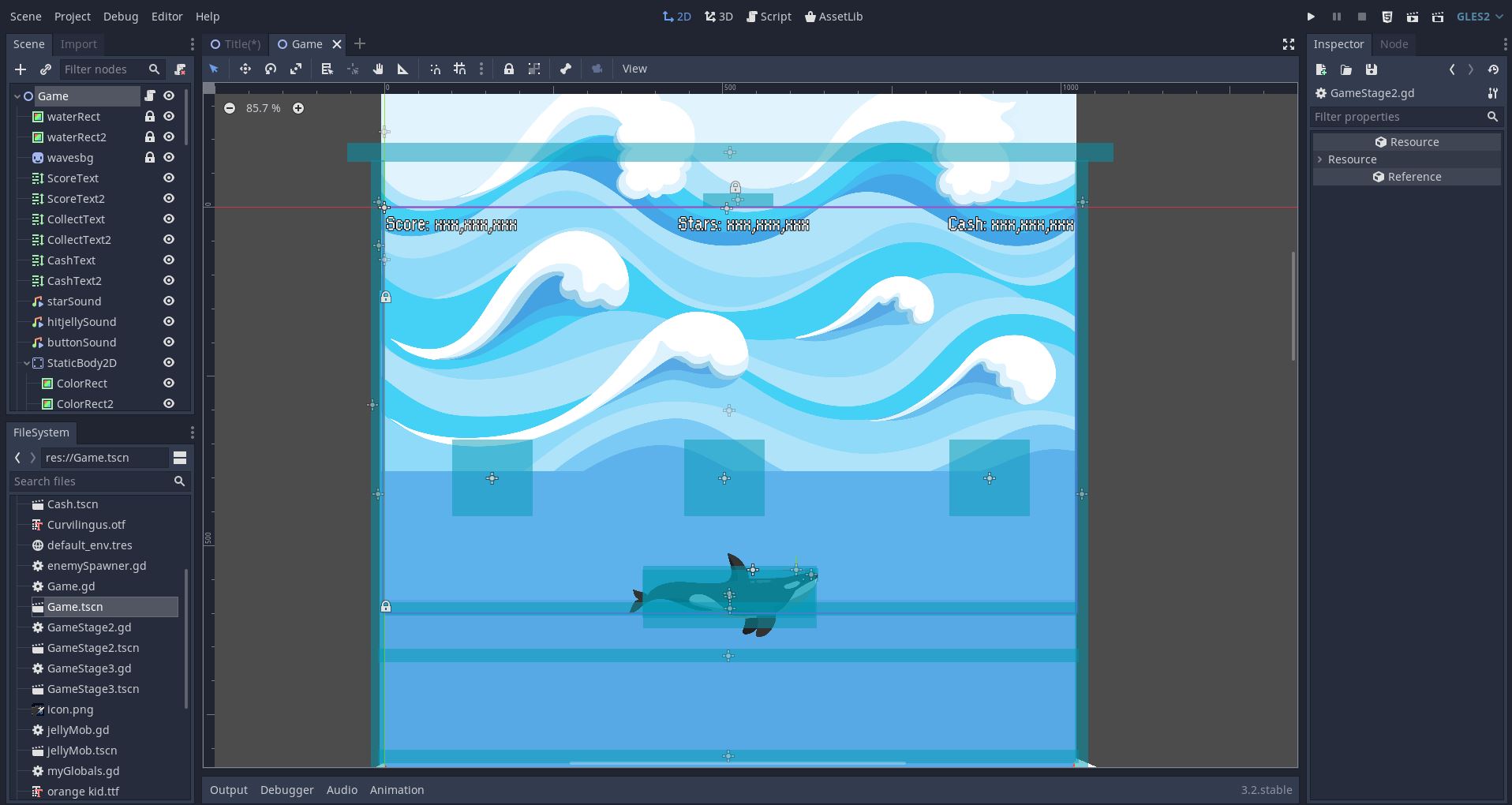 This is where the magic happens. I did not have time to come up with a super clever mechanic so I took more inspiration from Frog Fractions and used the idea of collecting and protecting falling collectables. I did not implement any sort of guide or tutorial due to time constraints. I might skip any sort of tutorial because I want part of the gameplay to be self explanatory through visual and audio queues. 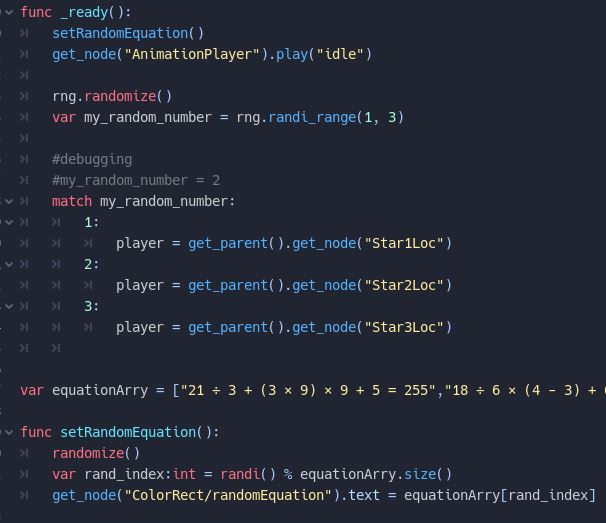 The Jelly is a single sprite animated with motion tweens using the AnimationPlayer node. The mob AI is very bare bones. It randomly selects a place to spawn, and randomly chooses a star location to attack. The equations attached to the mobs are purely cosmetic and are pulled from an array of strings. 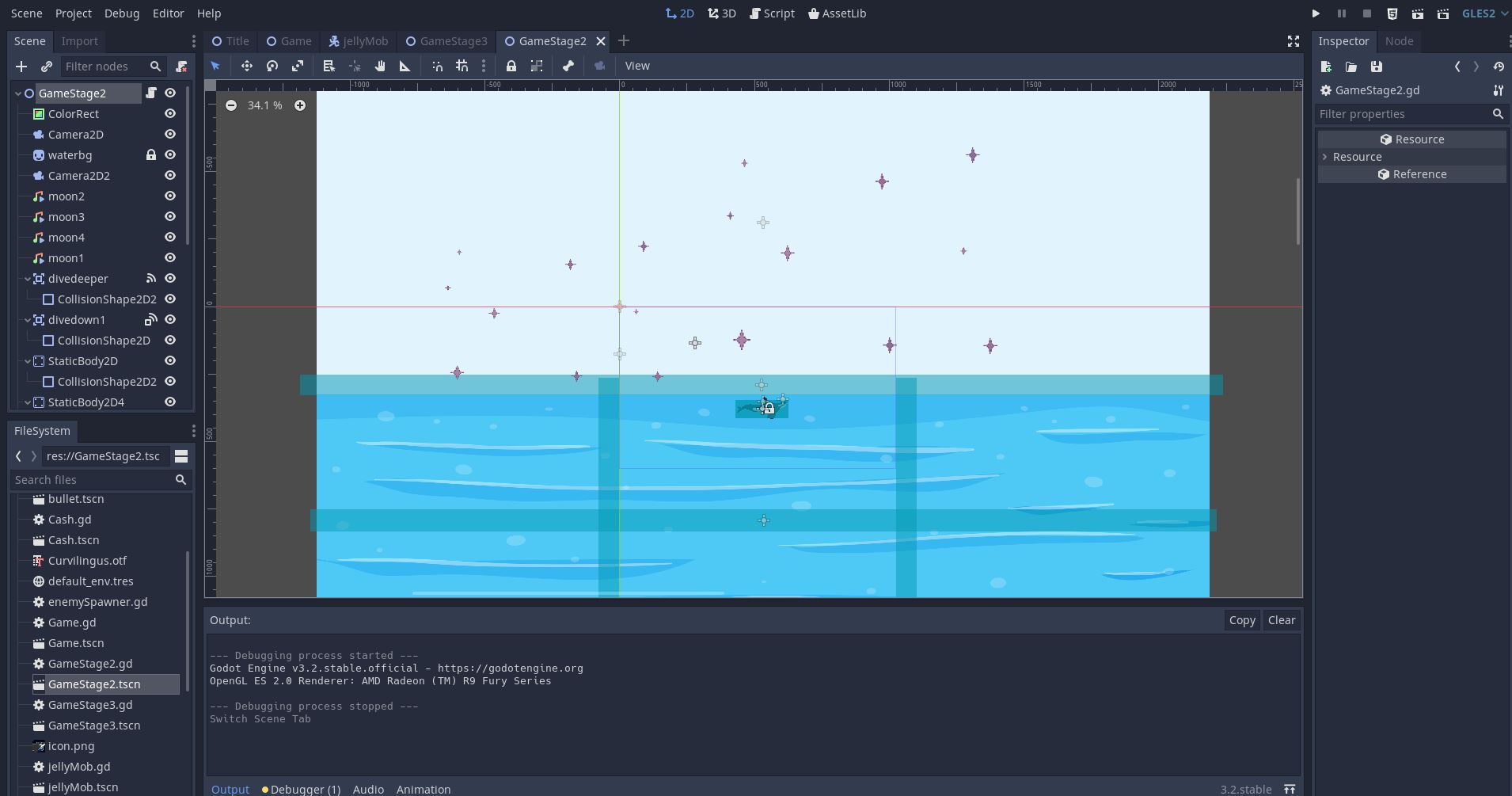 When/if the player breaks out of the first game loop they will be loaded into GameStage2. This is where I want to implement the bulk of the game. The game will now shift perspective removing the UI and allowing the player dive to some audio narration. 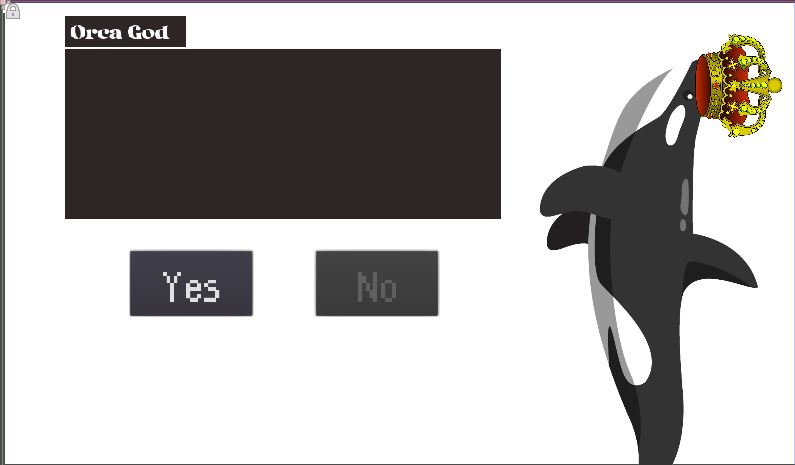 After the player explores GameStage3 I implemented a screen swipe animation and a conversation with the Orca God.

I had a ton of fun developing this game for the jam. By the time I had GameStage3 programmed I only had 5 hours left of jam time, so I had to really wrap up the gameplay. I plan on making Orca Operations great with future patches, be sure to follow the project to keep up on the progress. GG

Orca Operations is about oceanic dolphin family, which first appeared about 11 million years ago.